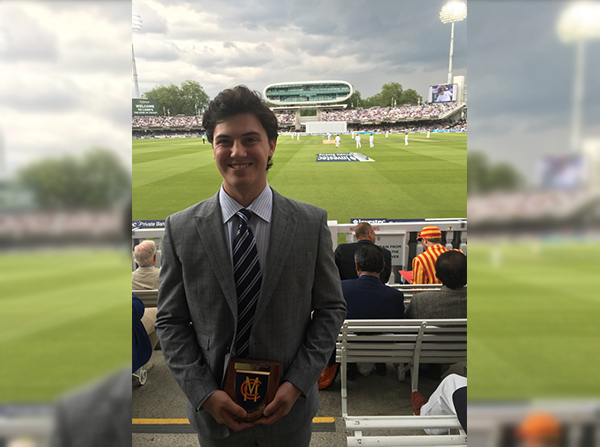 Having scored 100 against MCC for the RHS 1st XI last season, former pupil, Josh Allday was invited to Lords with two guests to be presented with a plaque. All schoolboys who score 100 or take 5 wickets are invited along.

Josh enjoyed part of the game from the hallowed Long Room and was then presented on the outfield in front of the members by the president of MCC.

Following the ceremony Josh was met by Don Topley, who took him on a tour around the Lords Pavillion.