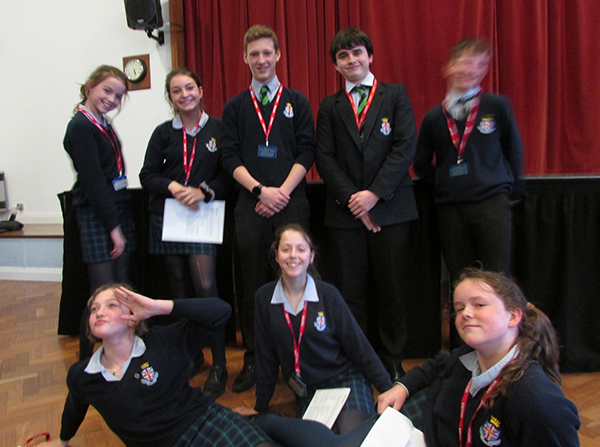 Excellent performances at the Latin and Greek reading competition

On Wednesday 16 March, eight pupils travelled to St Mary's School, Cambridge to compete in the Cambridge Classical Association Junior Latin & Greek Reading Competition. This is a prestigious annual event which tests pupils ability to read Latin and Greek aloud accurately and with feeling.

In the first category of Greek prose, Hector E and Rupert T (both Year 9) read, accurately and confidently, Aesop's fable of the lion and the stag. In the Latin prose competition, Maddy F and Bethney C (both Year 8) performed an account of the Pompeii riot of 59AD, and in the Latin play category, Megan A-C, Carrick T, Jennie R and Freya H-S (all Year 8) performed an excellent version of the story Decens from the Cambridge Latin Course, about a ghostly murder.

All pupils performed excellently, although we were unfortunate not to make the prizes against some very strong competition. Well done to all pupils for their preparation and behaviour on the day, and thanks to Mr Routledge and Mrs Kemsley for supervising, as well as to St Mary's School for hosting the event.