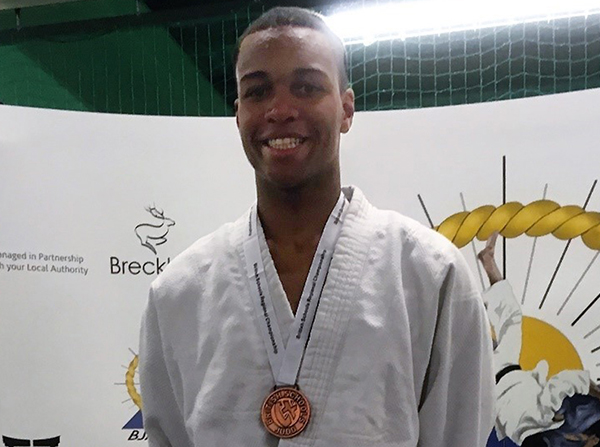 Judo is a competitive martial art the objective of which is to either throw or takedown an opponent to the ground, immobilise or subdue an opponent with a pin or force an opponent to submit with a joint lock or choke. Jamal had to fight several people in the senior male under 81kg category and the competition was tough; including an opponent graded as a black belt 1st Dan.

He now has the distinction of being the first pupil to represent Royal Hospital School in judo as well as bringing home a well-deserved medal.