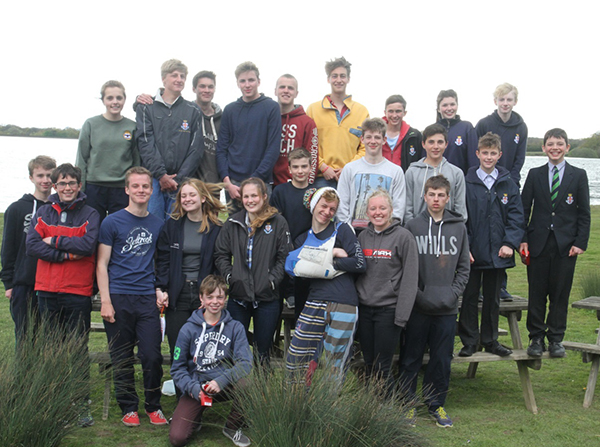 On Saturday 30 April one of our three junior teams (Black) won the Hoad Shield Regatta in the Feva class after winning all ten of their 1st round races and defeating Winchester in a closely-contested final. This is the second high profile regatta that this team of James O, Joe F, Tristan R and Jose R have won. Also in the Feva class, the Yellow and Red RHS teams finished a commendable 4th and 3rd respectively. An outstanding effort by our junior sailors against a strong field of 16 teams.

Despite fierce competition in the Firefly class and a tough draw for RHS, the senior teams were placed a very respectable joint second, missing the finals by just half a point, and 6th place with six wins out of 10 races.

A total of 32 teams from 20 different schools took part in the largest schools team racing regatta held each year at Bough Beech in Kent.