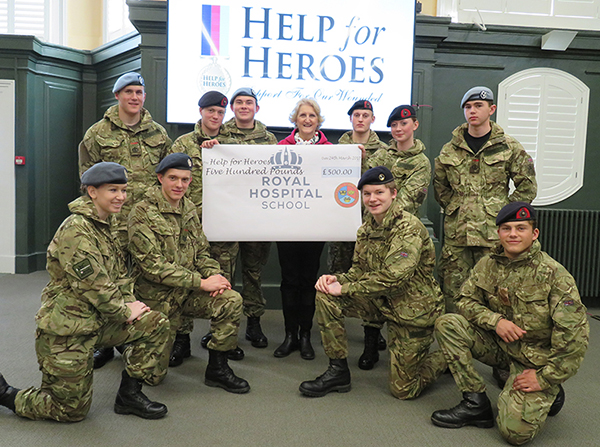 Last year our Combined Cadet Force (CCF) diligently raised money throughout the year to donate to the Help for Heroes charity who support those with injuries and illnesses sustained while serving in the British Armed Forces. Last week they were able to proudly present a cheque of £500 to Mrs Sue Morgan, the charity’s local representative.