RSS Feeds Subscribe to Alerts
Headmaster's start of term address: "But who am I?" 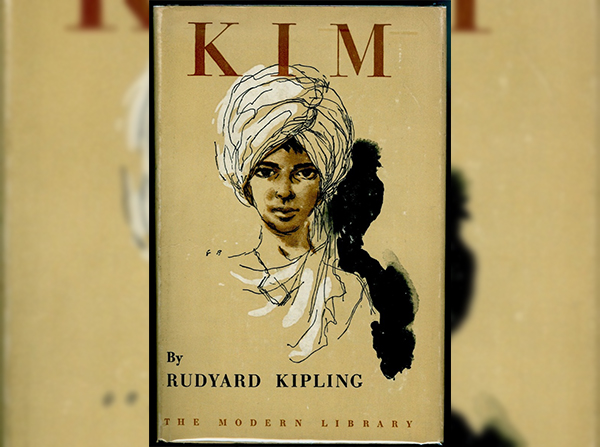 Headmaster's start of term address: "But who am I?"

Thousands of thousands stand around
Thy throne, O God most high;
Ten thousand times ten thousand sound
Thy praise; but who am I?

These are the lines from one of my favourite hymns. Not only do I like the rousing tune but it has some wonderful lines:

Thou art a sea without a shore,
A sun without a sphere;
Thy time is now and evermore,
Thy place is everywhere.

But the line that I always note is the question But who am I?

Some of you may have been to the cinema recently to see the new release of The Jungle Book – a well-known story featuring Mowgli as the hero devised by Rudyard Kipling.

Kipling spent a substantial period of his childhood in Campbell Road in Southsea, only a stones throw from my own home, although he was born in Bombay in 1865. When he was just five years old, he and his three-year-old sister, Alice, were sent to Portsmouth to live with a couple who boarded children of British nationals serving in India. For the next six years, the two children lived with this couple, Captain and Mrs Holloway.

In his autobiography, published some 65 years later, Kipling recalled the stay with horror but attributed his ability to tell stories to the skill, imagination and creativity he developed in telling lies in order to avoid trouble.

In January 1878, Kipling joined a boarding school much like RHS but in this case founded to prepare boys for the British Army. The school proved rough going for him at first, but he developed firm friendships, and his experiences, good and bad, provided much material for his stories and the writer he was to become.

Whilst you may well be familiar with The Jungle Book, the book widely considered as Kiplings masterpiece is a book published in 1901 entitled Kim. Kim is an adventure story of a young mans travels though India in a quest to find his calling in life, to discover who he is. It is an exuberant and life-affirming story of childhood as Kim learns through his adventures about his own character and the world in which he travels. At the end of this, Kim might know who he is but he still wonders, I am Kim, I am Kim. And what is Kim?

Kim is posing the same question as in our hymn – But who am I? The young man understands his origin and place but he still questions the confidence he has in his character and his role in the world. This mixture of confidence and self-doubt I suspect lies in many of us as we grow up.

Understanding who we are and how well we know ourselves is powerfully illustrated in our reading this morning, Who am I?, written by Dietrich Bonhoeffer, who was hanged by the Nazis in April 1945. In the poem, Bonhoeffer asks whether our identity and our value is dependent upon what others think of us, or are we what we think of ourselves? Bonhoeffer gives us a precious glimpse into his own struggle with his question whilst in captivity: Am I the hero they tell me I am or am I the terrified frailty that I know myself to be?

In each of our lives, at one point or another, we struggle with these questions. Am I who I think I am? Am I who others think of me? In his triumphant and utterly vulnerable final line, Bonhoeffer, unable to answer his own questions, surrenders himself to God himself.

We know from biology that some clues about who we are may lie in our past, our family and in our genetics; the DNA that makes up our genes – 23 from our mother and 23 from our father – combining through variable expression to create the proteins that help to determine what we look like.

During the holiday I was somewhat surprised by the story that Archbishop Welby had discovered the truth about his paternity after a DNA test revealed he is the illegitimate son of Sir Winston Churchills last private secretary.

Tracing family history is increasingly popular and programmes such as Who Do You Think You Are? highlight the rich and often complex influence our ancestors have on us today. Prompted by the forthcoming commemoration of the Battle of Jutland, I confess I have been undertaking some research into my own family and particularly the life of my great-grandfather, who served and fought with the Royal Navy in the First World War. It can be fascinating to find out about our ancestors, in a bid to understand the influence that genotype and environment, nature and nurture plays in who we are. But is that all we are? a combination of genes, experience and upbringing?

The Archbishops answer to that question was really thought-provoking. “I know that I find who I am in Jesus Christ, not in genetics, and my identity in him never changes”. In this response he is not defining himself by his past but in his faith and his relationship with God, Our father in the same way that Dietrich Bonhoeffer offered up himself in his poem.

For some of you, this term marks the final chapter of your school education and you will begin to consider how prepared you are to move on into the wider world. The forthcoming examinations and the prospect of leaving school will test your self-confidence and self-belief. And it is entirely reasonable that you may doubt your ability and question your own character. You may already be questioning who you are, what defines you, how well you know yourself and what your role is in the world.

Everyones life has challenge in it; but out of both good and bad experience comes a unique individual, the special person which is each one of us.

I believe who we are remains unfinished business. Its not just what our past has contributed or what our own choices, bad and good, have made us but where we feel we belong now, and where we think our future lies. For some of you, your adult future may feel more imminent but we should be confident that we are all blessed with potential to grow as individuals benefitting from the experiences that we will encounter in the term ahead.

I wish each and every one of you all the very best for the term ahead and may you continue to grow with confidence, contented in the person you are and the individual you are becoming.