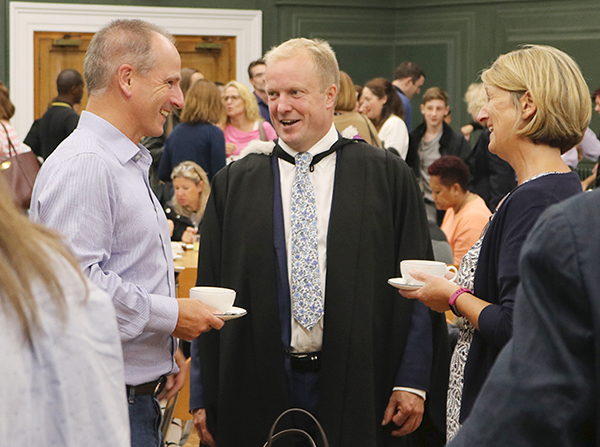 The Headmaster welcomed 181 new pupils and their families in Chapel yesterday as they embarked on their new journey at the Royal Hospital School.

New pupils and their families are invited to take part in an induction day just before term starts to give them the opportunity to settle in and answer any questions they may have. The Headmaster addressed the new cohort in the Welcome Service to remind them of ethos of the School and to dispense some valuable advice.

Reflecting on the naval heritage of the School, the Headmaster talked about two great voyages accomplished by some of the School’s prestigious alumni; Admiral Arthur Phillip and Thomas Henry Tizard. Admiral Phillip commanded the First Fleet on their journey to Australia to establish the first British penal colony (later to become the city of Sydney) and become the first Governor of New South Wales, contributing to founding modern Australia. Thomas Henry Tizard was navigator aboard the HMS Challenger on its nearly four year marine research expedition making many discoveries across the globe that laid the foundation of oceanography.

Admiral Phillip had a clear destination plotted whereas Tizard’s expedition was less clear on where exactly they might end up month to month. Some people know exactly what they want to do in life and what stops they need to make along the way to get there, others might not be so clear but are making discoveries along the way. Royal Hospital School aims to understand and steer each pupil individually and help them navigate their own unique course throughout life whatever their strengths may be.

The Headmaster encouraged the pupils to be adventurous, discover new things, challenge themselves and forge friendships as there will be undoubtedly be some struggles ahead but also days when it feels like the wind is behind you. He wished them luck on their new ‘voyage’ and advised them to enjoy the journey with the Reverend Dr Philip McConnell adding, “it is the set of our sails and not the gales that determine where we go”.