This month has seen the equestrian team compete at Keysoe and Norfolk where they have earned county and national rosettes.

Team Captain Eliza T was crowned the 1.10m national champion at the Championship Plate at Keysoe where the team were placed in all classes entered. It was a very early start for the team travelling 2.5 hours to Keysoe on the Sunday. 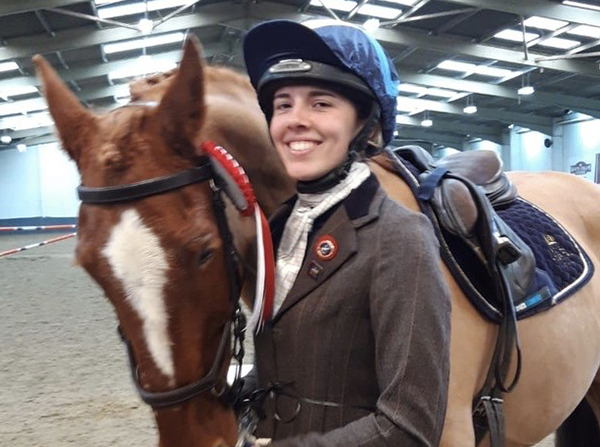 In the Showjumping Championship classes the team of Emma S, Holly H, Maisy H and Aoife R. finished 8th, in the 1m. Aoife was an individual and finished 4th followed by Eliza winning the 1.10m class.

In the Hickstead Eventer Challenge, there is a course of show jumps followed by a longer simulated cross country course with an optimal time, the top two teams and individuals qualify to compete at Hickstead in May 2020 which is a hugely popular competition. In the 90cm class the team of Emma, Holly, Maisy and Aoife finished 4th. In the 1m the team of Eliza, Holly, Maisy and Aoife finished 2nd with Holly individually 6th and Aoife individually 1st. An exhausting but successful and well supported day. 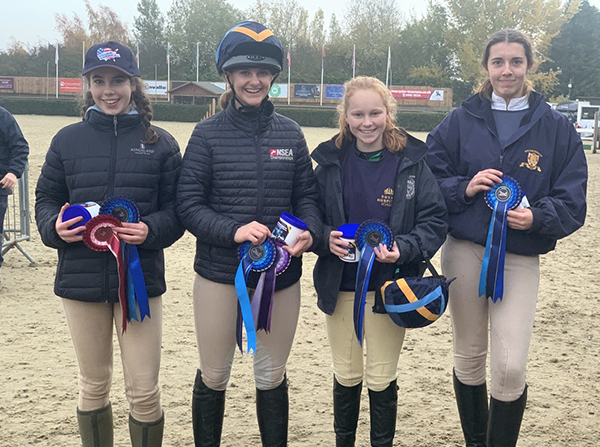 The team of Aoife (individual 1st), Holly (individual 6th), Maisy and Eliza came second in the 1m eventer challenge qualifying them to compete at Hickstead in May 2020. 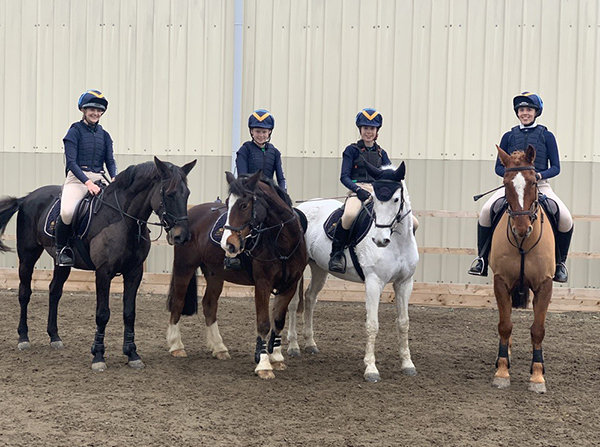 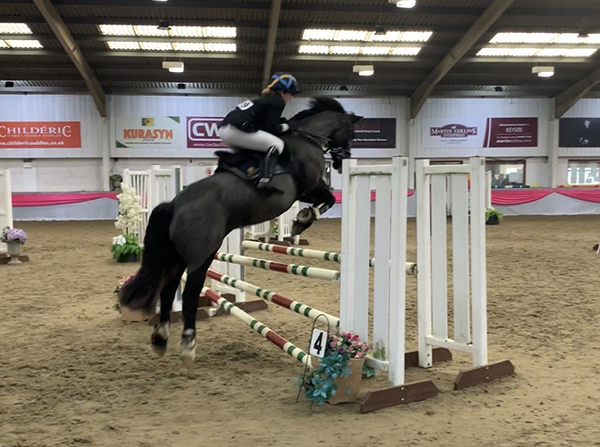 Emma S in action in the 90cm championship class

A few weeks later a team of 10 RHS girls and 14 horses were back on the road this time making the journey to Norfolk for the County Show Jumping Championships Qualifiers with qualifications for Norfolk, Suffolk and Cambridgeshire. The top team and individual for each qualifying county become County Champion for their school's county in each qualifying height. The latter classes were late into the evening under flood lights. 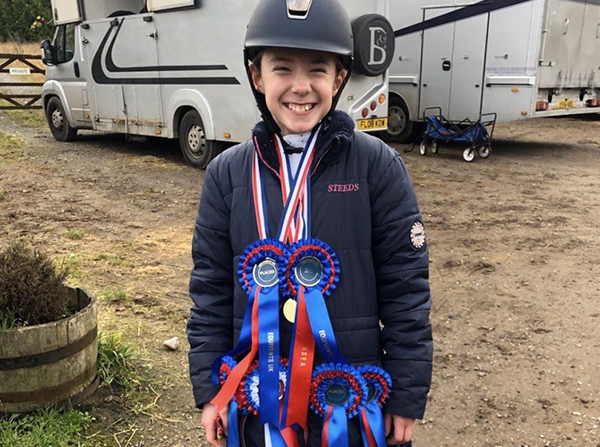 Sophie was crowned Individual Suffolk Champion in the 70/75cm class

In the 70/75cm class Sophie CW was Individual Suffolk Champion, in the 1/1.05m class the team of Eliza T, Holly H and Aoife R were Suffolk Team Champions and Aoife R was the 1/1.05 individual Suffolk Champion. Well done to the teams and individuals for being crowned county champions and thanks go to the staff and parents who support all the riders in these competitions. 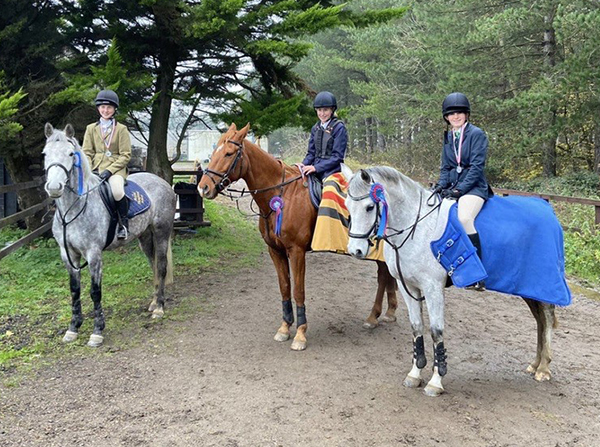 In the 70/75 class the team of Molly N, Harriet L, Mia M and Sophie CW finished 2nd with additional individual placings of 5th and 6th for Sophie.

In the 90/95cm class the team of Holly H, Maisy H, Aoife R and Emma S were 2nd with individual placings to Holly of 2nd and 5th. 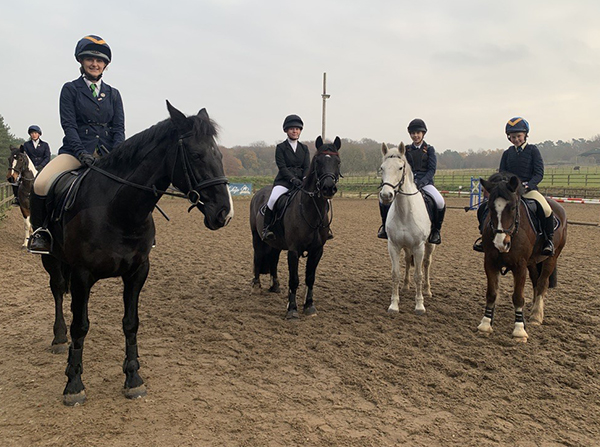