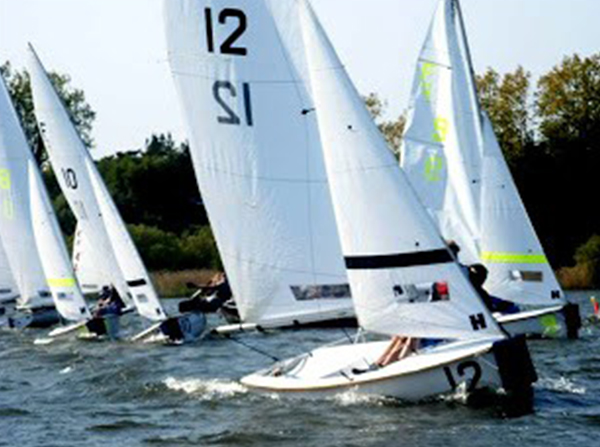 On the final weekend of last half of term, the RHS sailing squad travelled to Rutland Water for this year’s BSDRA Eastern Region Regatta. 16 teams from 10 schools, including Stamford, Oakham, Uppingham and Oundle, took to the water in blustery and shifty conditions.

rd race was also tight with RHS holding a winning position until the last mark where Stamford produced an excellent mark trap to push the Greens back into 5th and 6th. Despite some excellent racing, RHS lost first position by less than a meter and just one point. This was a disappointing end to what had been an excellent regatta and season for our senior teams.

rd overall and the Year 9s raced impeccably going through the first round with 6 wins out of 6. This pushed them into the finals against Rutland Sailing Club. RHS dominated from the off and won 2-0 bringing to an end an outstanding season for this team who have been undefeated in 32 races.