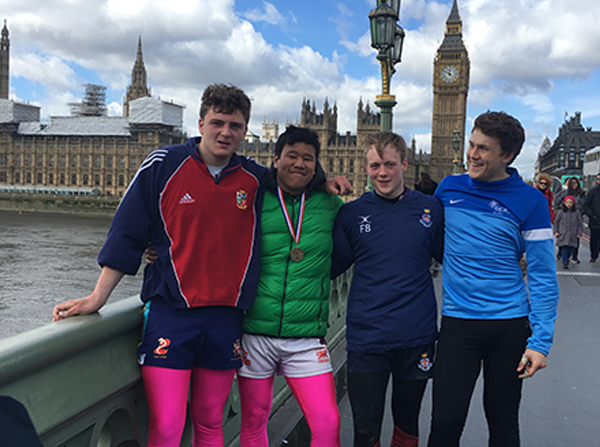 The Devizes to Westminster Canoe Marathon is an endurance race that starts in Devizes in Wiltshire and finishes just downstream of Westminster Bridge, opposite the Houses of Parliament and it has been held annually over the Easter Weekend since 1948. The 125 mile-long route is peppered with 77 portages when paddlers lift their boats (and themselves) out of the water, run around the obstruction such as weir, dam or lock, and promptly get back into their craft and the river to continue on their way. The first 52 miles are along the Kennet and Avon Canal to Reading, the next 55 miles are on the River Thames to Teddington and the final 17 mile section is on the tidal portion of the Thames. According to the official DW website The race is a severe test of skill, physical and mental stamina and planning which produces a memorable sense of achievement for those successfully completing it.

Things didn't go entirely to plan this year and many will be aware that the four-stage race was stopped at the end of day three, 17 miles short of Westminster, due to the ravages of Storm Katie. Conditions on Sunday were hugely challenging and the decision was made, with great deliberation by the organisers, to curtail the race due to safety concerns. The camp site at Thames Young Mariners was blitzed overnight by 70mph winds and rain and the deep disappointment of the paddlers dampened the atmosphere further.

However, Storm Katie was not going to defeat some of the RHS paddlers; Jamie Eaden, Anush Rana, Freddie Braybrooke and Richard Vallance decided to run the last 17 miles into Westminster where they were met by a sizable crowd of friends and family. Jamie and Anush were determined to finish the race as they had raised in the region of 6,000 for St Elizabeth Hospice. Rosy Trewin Marshall also wanted to ensure the donors to her cause, Parkinson's UK, were not short-changed as she completed her final miles by bike in Norfolk, after checking out of A&E with a rotator cuff injury!

DW Coach, Les Thompson, said “The RHS community can feel very proud of the accomplishments of our DW squad this year; they have all been a credit to themselves and a fine advertisement for what can be achieved beyond all that they thought possible. The parents, relatives, friends, staff and ex-pupils who have supported along the way have all played their part in making it possible. Here's to next year's race!”

All the RHS teams achieved fantastic times at the end of Day 3: