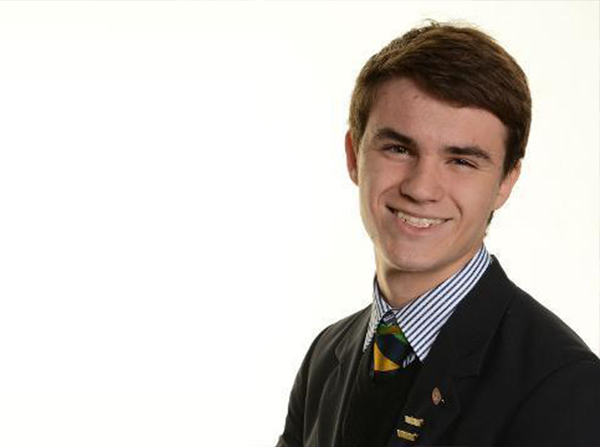 With his outstanding grades of A*A*A*A, Head Scholar, Charlie Steptoe, has secured his place at Robinson College, Cambridge to read Natural Sciences next year.

Charlie joined the Royal Hospital School as a boarder in Year 7 as both his parents are serving in the Army. Charlie said “Being part of a services family meant having to move from school to school with my Dad’s job but the chance to board at the Royal Hospital School meant that I avoided this disruption and could concentrate on making the most of the opportunities available to me”.

Charlie excelled in this boarding environment gaining eight A*s and two As at GCSE and the position of Head Scholar in his final year. Outside of the classroom, he has been an active member of the School’s debating society and has represented RHS in cross country and athletics. He has also undertaken the Gold Duke of Edinburgh Award and has been a committed member of the School CCF and Guard.

His Housemaster, Mr Jonathan Pooley, said “Charlie has excelled in so many areas; academic and co-curricular. He thoroughly deserves his place at Cambridge and I believe he has a great future ahead of him.”