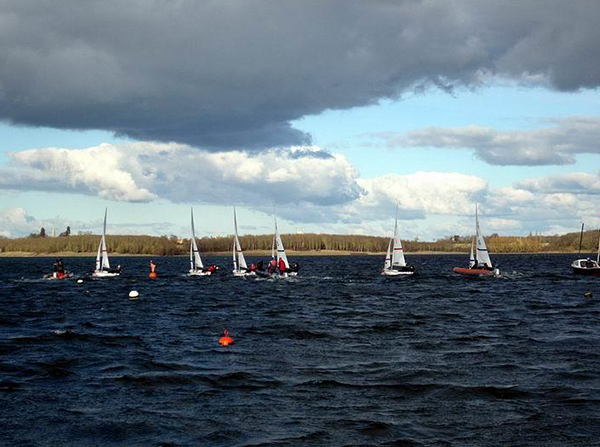 On Saturday 27 and Sunday 28 February the RHS 1st VI travelled to Grafham Water SC to compete in the Cam Cup; the most competitive team racing regatta at this level, outside of the British Universities Sailing Association (BUSA) Finals. RHS was the only school team entered competing against eight university teams and West Kirby who came 3rd at this year's World Championships.

Racing was hard for the first few races but this was followed by a six race winning streak including defeats against Nottingham and Durham University 1st teams. This put RHS at the top of the Silver Fleet at the end of the first day. Day two proved to be even tougher with silly mistakes costing wins. After 20 races RHS finished with a 9 to 11 wining ratio, ahead of six university teams and 5th place in the Silver League. A great result in a competitive regatta.