RSS Feeds Subscribe to Alerts
A Matter of Life or Death

This year's school play, 'A Matter of Life and Death', was a vivid re-imagining of the classic British 1946 film starring David Niven as a pilot trapped in a burning plane, falling in love over the airwaves with his ground controller, June. Our production combined video imagery, ensemble acting and a dog to bring this story of love and the law in this world and the next to life on stage. A cast of 25 pupils played injured and deceased airmen, nurses, doctors, angelic beings and, of course, a dog.

Head of Drama commented; "It was wonderful for the pupils be able to perform to real audiences over three days. The feedback received was incredibly rewarding for those involved and hopefully this will inspire them to continue performing on stage." 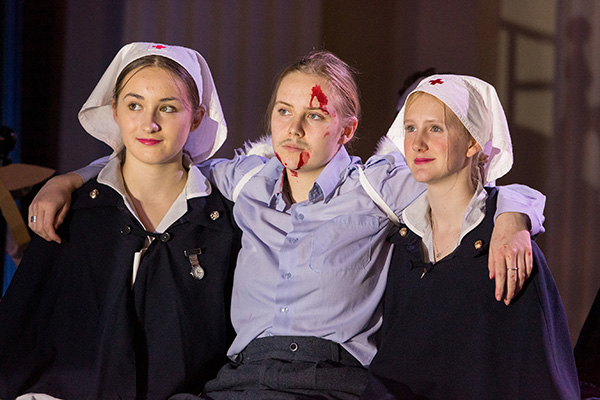