The School is well known for its musical excellence and music is embedded in the School’s wider culture and ethos. The facilities offered through the Music School are outstanding, with a concert hall, recital rooms, practice rooms, recording studio, music technology suite, rock room, live lounge and cathedral-proportioned chapel.

We deliver over 400 one-to-one music lessons each week with everything from singing to the bagpipes on offer! Our pupils have a choice of 19 different choirs and bands they can join.

The School is well known for its musical excellence and music is embedded in the School’s wider culture and ethos. The facilities offered through the Music School are outstanding, with a concert hall, recital rooms, practice rooms, recording studio, music technology suite, rock room, live lounge and cathedral-proportioned chapel. Music forms part of the Lower School curriculum and is offered as an academic subject at both GCSE and A Level. Over 400 pupils learn to play at least one instrument and there is an orchestra, 80-strong chapel choir, chamber choir, ceremonial marching band, concert band, big band and numerous ensembles, including many rock and pop groups. As a result of the School's unique naval heritage and royal connections, the band and choir have had opportunities to perform with the Royal Philharmonic Orchestra at the Royal Albert Hall, before international rugby matches at Twickenham and at St Paul’s Cathedral and St James’ Palace.

The Burns Recital Hall - a fully equipped concert venue seating 250 and housing two new grand pianos: a fine Bechstein and an outstanding Fazioli (one of only 110 made annually) as well as a full selection of orchestral percussion 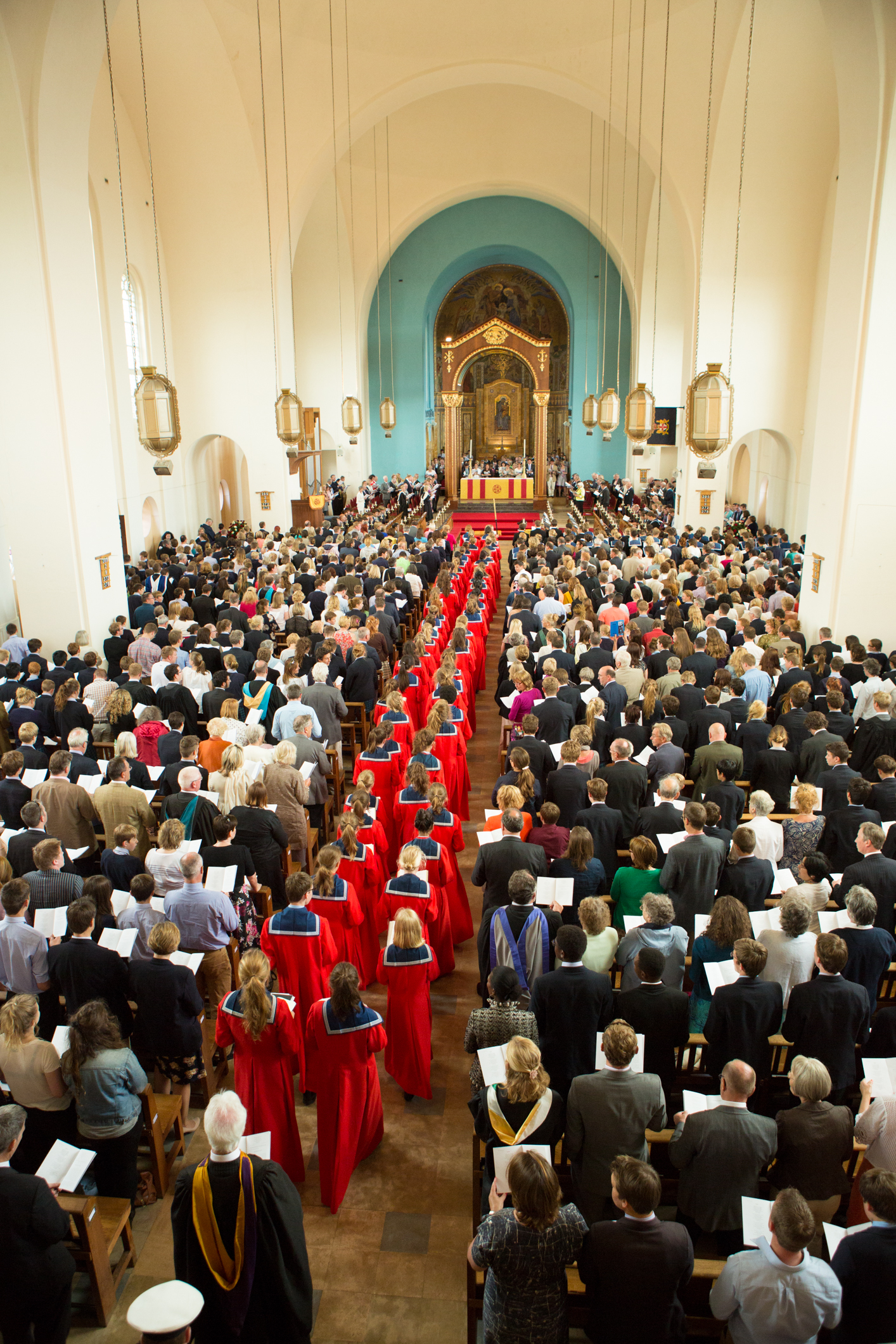 "Music gives a soul to the universe. Wings to the mind, flight to the imagination and life to everything."
~ Plato

We have strong links with the National Youth Choirs of Great Britain - our most promising singers are actively encouraged to audition.

"One of the largest and most committed choirs I have ever encountered in a school."
John Rutter, RHS patron of music

A diverse and ever-growing number of small and large ensembles including but not limited to:

We strongly encourage and give all possible support to any new pupil ventures.

Music forms an important part of the curriculum for Years 7 – 9 with a strong emphasis on practical music making and technology, as well as listening. Music is also offered at GCSE and A Level and pupils are prepared for entry to music college or university with many recent successes.

September 2015 saw the opening of a purpose-built three-room music technology suite. Complete with a recording studio, an iMac room running Logic Pro X and a control booth with a 24 channel TOFT mixing console. This is a fantastic resource which many professional recording businesses would drool over.

RHS maintains a place at the forefront of music making in the community.

We welcome many world-leading musicians as part of our annual concert series, creating many opportunities for our pupils and visitors to learn from the best.

RHS hosts Sing Up! Suffolk, an annual singing day for hundreds of local children - an unforgettable and transformative experience guaranteed to revolutionise and invigorate young people’s attitudes to their own voices.

Highly popular series of lunchtime recitals given by RHS musicians for local audiences, with buffet lunch.

RHS collaborates enthusiastically with the Organists’ Associations and the Royal College of Organists, inviting many visitors to play our superb Grand Organ and hosting recitals and masterclasses with internationally acclaimed performers. We are proud to be the first school accredited by the RCO under its new Institutional Accreditation scheme. It acknowledges the first-rate provision for organ teaching at the school.

RHS has a longstanding association with the Holbrook Choral Society, a large and dedicated group of singers from Holbrook and further afield that sings two major annual concerts in the chapel. Recent performances have included Elgar’s Dream of Gerontius, Mozart’s Requiem and Handel’s Messiah.

THE RICH TRADITION OF OUR MUSIC-MAKING IS SOMETHING WE ARE RIGHTLY PROUD OF. PLEASE FIND THE OPPORTUNITY TO COME AND SEE US IN ACTION AND MEET THE TEAM OF DEDICATED AND TALENTED MUSICIANS THAT WORK AND STUDY HERE. WE ARE CERTAIN THAT YOU WILL BE IMPRESSED BY THE BREADTH OF OUR PROGRAMME AND FEEL CONFIDENT TO ENTRUST THE MUSICAL EDUCATION OF YOUR CHILDREN TO US HERE AT THE ROYAL HOSPITAL SCHOOLEdward Allen, Director of Music

Music Scholarships are awarded annually to pupils who demonstrate real potential in their music making. Prospective candidates are encouraged to visit the school informally and meet the Director of Music, from whom further information is available.

We have a talented team of permanent staff and a huge number of specialist visiting music teachers.