Henry has a BA from the University of Edinburgh. He qualified as a Chartered Accountant with Ernst and Young and has subsequently had a career in investment banking and asset management, which included 20 years in the Far East (Hong Kong and Tokyo). He currently holds a number of directorships and is chairman of a listed investment trust. He lives and farms in Suffolk, of which he is a Deputy Lieutenant. 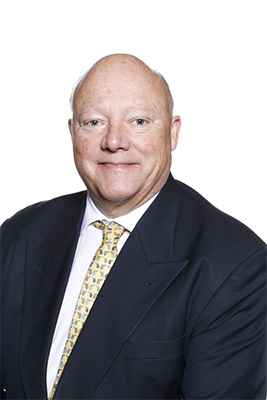 Mr J Gamp
Member of the Finance and Resources Sub-committee.
Clerk in Charge and Deputy Director of Greenwich Hospital.

John Gamp was born in 1953 in Kent and educated at The King’s School Rochester, Sussex University and the Sorbonne. Following early careers in international banking and college lecturing, he joined the Ministry of Defence in 1979. His career has covered a variety of policy and operational posts including arms control, international defence procurement, and running the UK Sovereign Base Areas dependant territory on the island of Cyprus. Following a tour as the Private Secretary to the Chief of the Air Staff, he was seconded to the School’s parent charity, Greenwich Hospital, as the Deputy Director and Clerk-in-Charge. He is responsible to the Director for the day-to-day operation and charitable output of the Hospital, with particular responsibility for the Royal Hospital School. 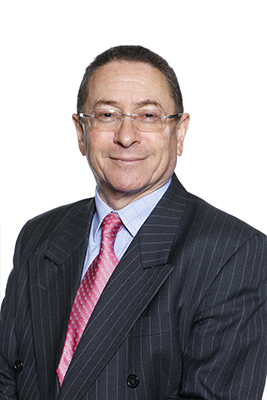 Director of Greenwich Hospital, the Royal Navy’s Crown Charity, and the parent charity of the Royal Hospital School, since 2012. Background in commercial and charity organisations; formerly a Royal Marine. Married, with daughter at university. 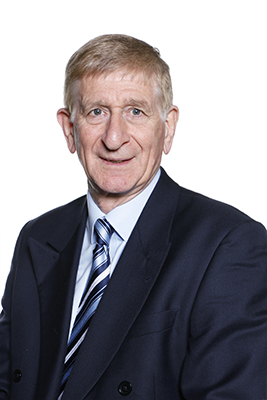 Mr J Agar
Chairman of the Finance and Resources Sub-committee.

Jonathan is CEO of Birketts Law Firm in Ipswich. Jonathan joined Birketts from a world leading financial services provider where he was Chief Operating Officer for the corporate and investment banking finance division. He has also held positions at Fidelity International and Schroders Investment Management and served in the British Army for six years with the Royal Green Jackets. 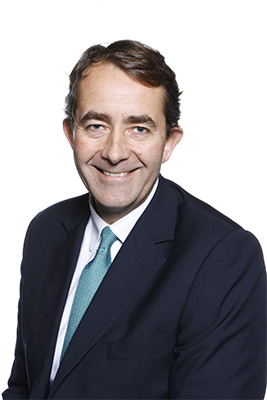 Valerie is a modern linguist, who has 45 years’ experience in education, including Senior Mistress and Head of Modern Languages at a HMC boarding school and 25 years as Head of an independent day school. She was a former team member of the Independent Schools’ Inspectorate for many years and for a time, Chairman of the Girls’ School Association Eastern Region and for three years, on the GSA Council. Chairman of the Education sub-committee from 2011 to 2018. 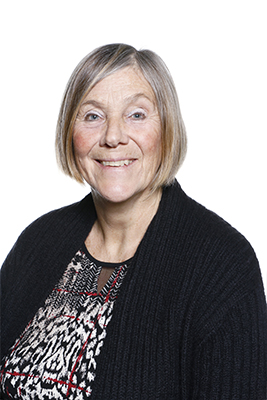 Mr A Kerr
Member of the Finance and Resources Sub-committee.

Adam is Head of Annuity Transactions at Legal & General Property. Having held Director level positions at Kilmartin Property Group, Merrill Lynch Investment Managers, and Stonehage Property Partners. He has a broad range of experience both within financial institutions and private property companies. He gained a Masters in Land Economy at Magdalene College, Cambridge. 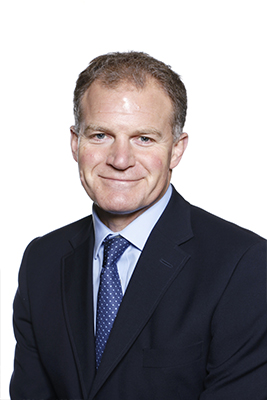 James is a graduate of the University of Nottingham with a law degree and has been a specialist employment solicitor since 1995. In recent years he has focussed on supporting schools, academies and other public and third sector organisations with their HR issues.

James’ professional experience is augmented by his experience in public life. He was a City Councillor, director of a Co-operative Development Agency, governor of a Catholic Secondary School and community Junior School in his hometown of Coventry. In London he has been a Trustee of the Mildmay Community Partnership and served as Chair of Governors at Highbury Fields Secondary School from 2008-2013 in which time he appointed a Headteacher and survived two Ofsted Inspections.

After graduating from Queens’ College Cambridge with a degree in Geography and a blue in rugby football he joined Lloyds Bank as a graduate trainee. However the call of education proved too strong and he was appointed to the staff of St. John’s School, Leatherhead where he became a house master, head of Department and ran the school rugby football.

He then moved into school leadership after having obtained a Masters degree in Educational Management from Bath University, firstly as Second master at the Royal Grammar School, Worcester and then into two headships, for six years at Oswestry School, Shropshire and eleven years at Truro School, Cornwall. During his time at Truro School he was elected to the HMC membership Committee and became a member of the Cornwall Rural County Council.

Paul is married to Kathy and has two daughters and four grandsons. Paul is interested in most sports, mostly as a spectator these days, but is endeavouring to reduce his golf handicap! He is an enthusiastic bird watcher and enjoying the time that retirement affords him to develop his appreciation of art. Kathy and Paul retired to Suffolk four years ago to be near their daughter and grandsons and Paul is enjoying the challenges of Chairing the Board of the local community shop.

Professor Tan Arulampalam qualified as a Doctor in 1992 from St Bartholomew’s Hospital, London. He completed his surgical training in London before undertaking a Fellowship with Professor Cristiano Hüscher in Rome. He was appointed Consultant Surgeon at Colchester Hospital in 2003.

He is a surgical oncologist specializing in bowel cancer treatment. He has an extensive research portfolio, which includes studying molecular imaging in the early diagnosis of the colorectal cancer at The Institute of Nuclear Medicine, University College London and proteomics at Essex University. He has been appointed visiting Professor at the School of Medicine, Anglia Ruskin University in order to pursue his teaching and research interests.

He is on the faculty at the European Surgical Institute in Hamburg. He continues to publish his work in peer-reviewed journals and was on the editorial board of the Annals of the Royal College of Surgeons of England. He acts as a medical advisor to the charity Bowel Cancer UK. He has worked on Department of Health projects on Enhanced Recovery Programmes, Bowel Cancer Awareness and is a trainer on the National Laparoscopic Colorectal training programme.

Professor Arulampalam has contributed to the ICENI Centre for Surgical Research and Training over the last 10 years with his teaching and training as well as leading the project to secure it’s funding. He was elected onto the Research Committee of the European Association of Endoscopic Surgeons in 2015 and serves as Honorary Treasurer on the Council of the Association of Laparoscopic Surgeons of Great Britain and Ireland.

Tan Is married to Katy and they have five children, four of whom have been to or are currently attending the Royal Hospital School.

Capt. A Tate
Chairman of the Risk and Audit Sub-committee.

Andrew Tate joined the Royal Navy in 1975, entering the Britannia Royal Naval College at Dartmouth as a Midshipman. Following basic training ashore and in HM ships FEARLESS, TORQUAY and ANTRIM, he studied at the Royal Naval Engineering college in Plymouth and gained a degree in Electrical and Electronic Engineering. He was selected for promotion to Captain in 2001 and appointed to the Defence Logistics Organisation. In 2006 he became the UK Naval and Air Attaché in Beijing before returning to London in 2009 to an appointment in policy and strategy.

Andrew is married to Sandie and they have two sons, both of whom have followed their father into the Royal Navy. 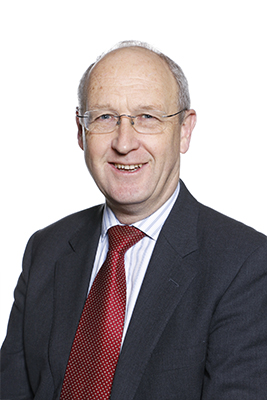 After a childhood living in the Hampshire countryside and attending Portsmouth Grammar School, Nicholas Bevington read International Relations at Keele University, gaining First Class Honours. He joined the British Airways graduate programme, working on cost of sale, but realised that teaching was his true passion. A PGCE at Newcastle University followed, prior to a first teaching role at Elstree School in Berkshire. Nicholas became Deputy Head of Abercorn School in London in 2003 before being appointed to his first headship at St Bede’s in Eastbourne in 2007. In 2013, Nicholas was appointed as Town Close School in Norwich seventh Headmaster. He moved to Norfolk with his wife Catherine, a consultant rheumatologist, and two sons Samuel and Oscar. The family are thoroughly enjoying all that Norfolk has to offer, with tennis and gardening, being two particular passions outside education. 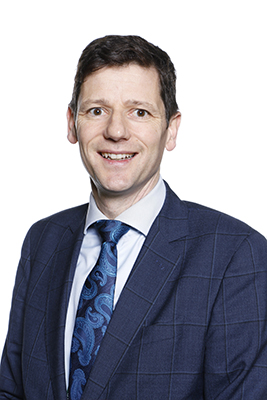 Nigel Norris is a Professor of Education at the University of East Anglia. He specializes in the evaluation of educational reforms, innovations, organizations and policies as well as the development of professional expertise. He has been Dean and more recently Head of the School of Education and Lifelong Learning (1998 – 2001 & 2007 – 2010), he was Pro-Vice-Chancellor from 1998 – 2004, and again in 2012 – 13 and in 2014 he was acting Head of the Norwich Medical School. He is the Executive Editor of the Cambridge Journal of Education. 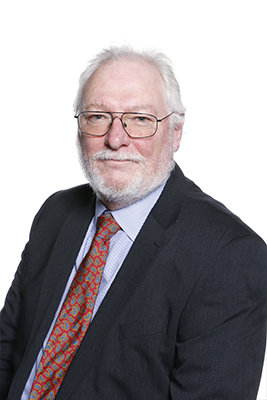 Mr Paul Winter
Member of the Risk and Audit Sub-committee.

Paul Winter was Chief Executive of Ipswich Building Society between 2007 and 2016. During that period the Society grew its assets significantly. As CEO, Paul was responsible for the development of the strategy of the organisation and leading the Executive team to deliver it. Paul chaired the Greater Ipswich City Deal Steering Committee which successfully bid for additional government funding aimed at improving the skills and employability of young people in Suffolk. In recognition of that work, Paul was awarded an MBE in the 2015 New Year’s Honours list.

Previously Chairman of the Institute of Directors in Suffolk, Paul has also chaired the Regional Advisory Board of Business in the Community and was HRH The Prince of Wales Ambassador for Responsible Business in the East of England.

Paul is currently a non-Executive Director of the Teachers Building Society and chair of the New Anglia Local Enterprise Partnership Skills Board as well as Independent Director of the University of Suffolk and a Trustee of Eastern Angles Theatre Company.

Nella's background is in publishing where she was a Director of Hamish Hamilton Ltd.  She is currently Patron of Marie Curie Suffolk and a local organiser for the Royal British Legion.  She is married with four children and lives in Suffolk.

Paul is a director of BPL Holdings where he has worked for 34 years and is chairman of its French subsidiary. Its UK trading subsidiary BPL Global is a specialist insurance broker in the area of political risk and export credit.

Paul is a keen musician and sings with the Marenzio Singers. He is a trustee of Brass for Africa, a UK-registered music charity which transform the lives of disadvantaged children in Africa.

Paul’s children Dominic, Martha and Lydia have all been educated at RHS.